Everything You Didn’t Know About “Down Under”: A Sex Therapist Gets Candid About Genitalia 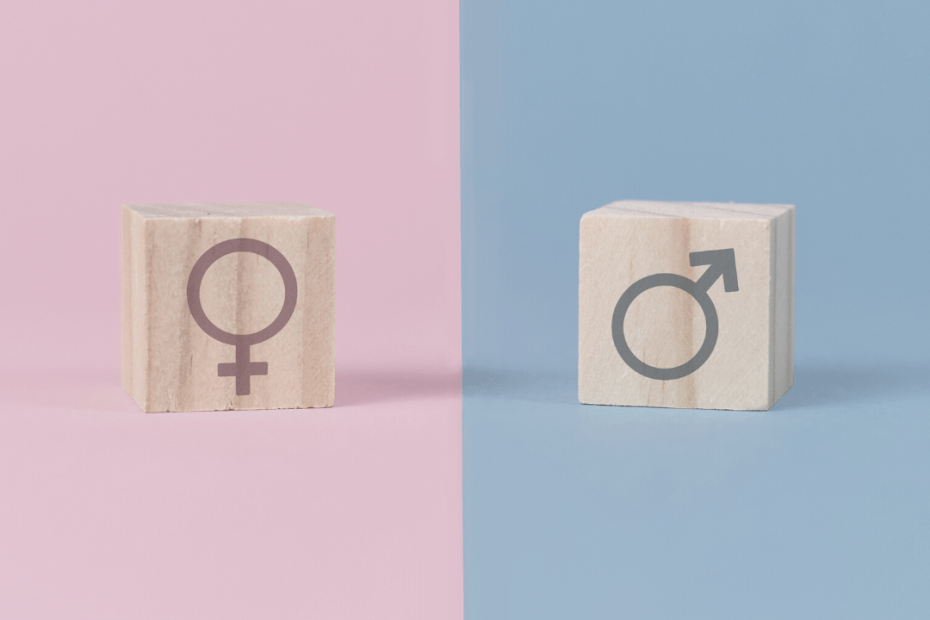 All of us have one or the other. But as any sex therapist will tell you, most don’t know much about them. We’re, of course, talking about the penis and the vagina. So whether you simply want to learn a few interesting tit-bits about your nether regions. Or would like to take a peek behind the curtain of the opposite sex, this article is for you.

The mere fact that we use this term to refer to everything hidden underneath the panty line just goes to show how uneducated we really are when it comes to the female yoni. Here are the things you probably didn’t know:

The vagina is only one part of the female genitalia

As we touched on before, female genitalia is much more complex than we think. For one thing, anatomically, the vagina is only a part of the female genitalia. Your vagina is the tube-like channel that extends from the cervix to the hymen. The vulva is essentially everything that’s visible from the exterior such as the clitoris, labia and pubis.

The G-spot is fake

As any sex therapist can attest to, this is probably extremely good news for many frustrated individuals out there. The g-spot has absolutely no scientific basis whatsoever! A German researcher discovered this sensitive bean in the 80s. And since then everyone has been searching for it. Many, from neuroscientists to sex therapists, have studied this supposed magical sex organ.

Before coming with the argument of “but how would you know?” this revelation is based on simple biology. While the penis has 4000 nerve endings, the clitoris has 8000! And that’s why the female orgasm feels much more intense than a male’s.

UTIs are much more common than you think

Many women experience UTIs after sex and it is something that often comes up during a sex therapist session. Some think it’s caused by their partner’s “dirty” appendix. Others get concerned about their general health. And although this might certainly be the case in an incredibly small percentage of cases, it’s completely false in the majority. Between 50-60% of all women have trouble with UTIs after sexual encounters.

And although UTIs are caused by bacteria, it’s more because of the proximity of the urethra than someone that’s completely unhygienic. Remember, it takes only a few thrusts to catapult that bacteria straight to the bladder.

Therefore, UTIs are also referred to as “honeymoon cystitis”. ERs have seen their fair share of loved-up, newlywed brides peeing fire. We recommend that you drink a lot of liquid (especially if you know that you’re going to be exceptionally active soon) and also remember to pee post-coitus. This tends to flush whatever managed to get up there out again.

Some women (and their partners) can become quite concerned when a seemingly unusual discharge appears. But before panic sets in after you attempt to WebMD diagnose yourself; discharge is perfectly normal.

It can appear anytime, anywhere and can range in consistency, colour, smell, you name it. Discharge is a good sign. It means that you have a self-cleaning vagina (and yes, we mean it in the anatomical sense) that’s in perfect working condition. The changes in your discharge are merely due to which stage of your cycle you’re at.

Your vagina is acidic – full stop

Have you ever heard some of these old wives’ tales claiming that you can manipulate the gender of a baby during conception? You’ll be surprised to know how many times this subject is broached in a sex therapist session. As the legend goes you can create either an acidic or alkaline environment for the sperm by eating a lot of alkaline or acidic food and then abracadabra!

We have news for you. It doesn’t matter how many lemons you eat, your vagina will remain acidic. And just to put this into an even better perspective: the average vagina is even more acidic than wine! And attempting to change your vagina’s PH is definitely not going to guarantee you a specific gender.

The “no longer a virgin” rite of passage

Most girls are raised to believe that there is some thin sheave of mystical organic tissue that covers their cave of wonders. And the day that a man penetrates through that wall your virginity has officially been taken.

Biologically this thin membrane is called the Hymen. And (surprise!) not all girls are actually born with one. And if you are, the odds of your hymen staying intact for this apparent sanctimonious act are slim to none. Most girls “tear” their Hymen while climbing trees or doing other childhood activities. And if that miraculously didn’t happen, a tampon is sure to take care of it in your teenage years.

The one-eyed snake, pecker, wang, or otherwise known as your member. It doesn’t matter what you call it, but this magic wand is a lot more complex and interesting than most give it credit for. Here are a few things that make the penis so special:

What we see is only the tip of the iceberg

Half of your penis is actually inside your body. If we had superman’s x-ray vision, we’d see your phallus looking somewhat like a boomerang when viewed from the side.

The term morning glory is misleading

So you generally sport a little wood when you wake up. But what most don’t know is that the average man has between 3-5 erections throughout the night, most occurring during REM sleep. And before overly-jealous partners start fretting about what’s happening in their dreams; most of these erections are actually triggered by a full bladder stimulating nerves.

Others are merely due to the brain “switching off”. So without anyone managing your member, he’s poised for action. What makes erections in one’s sleep especially interesting is that a doctor and a sex therapist often use this as a diagnostic measurement. If you have no problem standing at attention in your sleep, yet struggle with impotence during sexual intercourse, the problem might be psychological.

Sadly, the sensitivity of your member diminishes with age. This probably has a lot to do with why older men suffer from erectile dysfunction. But what’s very interesting is that the decline is so slowly that most men don’t even notice the change.

Vibrators are not just for women

The majority of men aren’t circumcised

The vast majority of men are circumcised in predominantly Jewish and Muslim regions and countries. Only 30% of men in the rest of the world are circumcised. But when you look at the studies, being circumcised doesn’t just make sense in a religious context.

Studies have proven that it might actually have certain health benefits. It might decrease the risk of penile cancer and may prevent the transmission of sexually transmitted diseases. But men, please don’t think circumcision is your one-way ticket to using no more protection. You still have a responsibility to have safe sex.

Generally, one ball tends to hang a little lower than the other. This is not because you have some sort of anomaly. It’s so the one ball doesn’t keep knocking into the other whenever you’re moving.

No sex therapist is proposing that you lather up every opportunity you get. But many claims that semen can do wonders for your skin. This might sound absurd ‘till you really look into what semen consists of (water, citric acid, enzymes, fructose and amino acids). And amino acids are famous for their beneficial effects when it comes to skincare.

To mention all the amazing facts about the male and female genitalia we’ll need a lot more pages than this article allows. If you’re actually interested in reading more on this interesting subject we recommend a book such as The Wonder Down Under and The Penis Book.

If you would like to have a proper discussion with a professional sex therapist, you are welcome to reach out to us at info@personalonlinetherapy.com, via our website here or by completing the form below: