Learning to Fight the Right Way with Online Couples Therapy 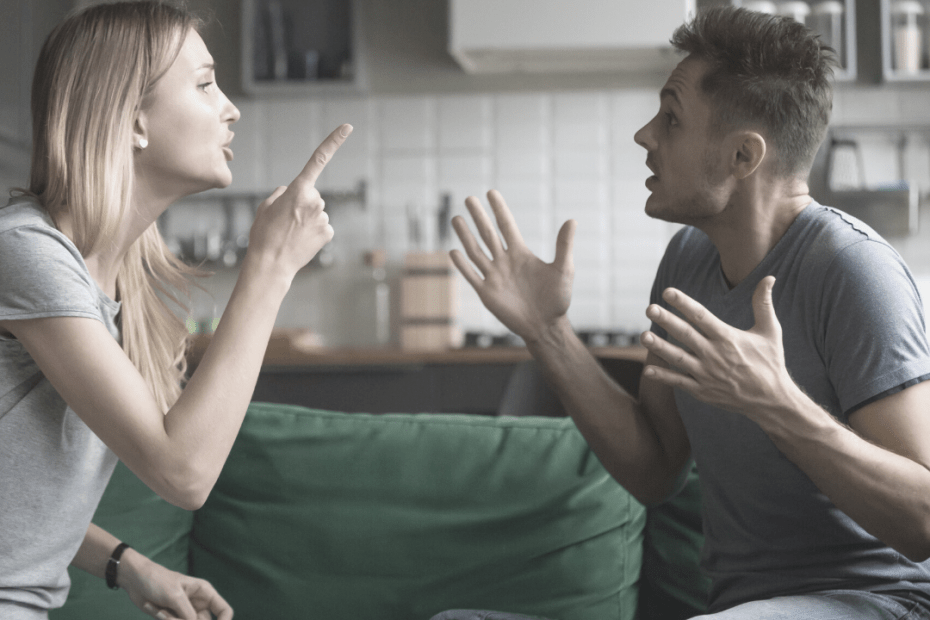 All couple’s fight. In fact, a real red flag is when a couple never fights. Fighting is not necessarily a sign that something is fundamentally wrong in your relationship. But the way you fight could be very damaging to your relationship and eventually cause it to end. During online couples therapy we address any unhealthy fighting habits and change behaviours so that you actually come out of a fight even stronger than before.

Conflict management is hard at the best of times. When it’s between two individuals who already have intense feelings for each other, it can turn into a war zone if you’re not careful. In online couples therapy we teach you how to safely manoeuvre the fighting minefields with these helpful do’s and don’ts:

Don’t get stuck in the quicksand of the problem

You won’t be having a fight if someone wasn’t feeling too happy about something. So the fact that there is a grievance is a given. But some couples get so riled up getting their complaint across that they never move on to actually finding a solution. It’s not constructive to keep rehashing the problem; express it and explain to your partner how it makes you feel, but then move on to finding the solution together. It’s also very important not to knock the other person’s ideas; make it a safe space. And also remember that nothing substitutes a good compromise. If you are too close to the problem to find this midway, this is also something that can be discussed during online couples therapy with an objective professional.

Don’t use the words ‘always’ and ‘never’

If you think about it it’s practically impossible for someone to do or say something ‘always’ or ‘never’. Not only is it an unfair and, most likely, untrue statement, it also immediately puts the other person of the defensive. Rather use words such as sometimes or often.

Think about it; when you’re in a fight with your partner, are you actually listening to them when they speak or are you simply waiting for them to finish so you can have your say? Things might be so heated that you latch on to an idea, a word, a concept that your partner mentioned in his/her first opening line and by the time they’ve given their closing statement you’ve been too busy preparing your defence to actually listen or hear a word that they’ve said.

This is a skill that might take some practice, but will benefit your relationship and your own personal development immensely. You can even go one step further and repeat back to your partner what you heard them saying. Many couples are very surprised to find during online couple’s therapy that what they heard is not what their partner meant at all. By doing this you are not only communicating to your partner that you care enough to really listen to what they’re saying, but you’re also cancelling out the chance of further misunderstandings occurring.

This is always a temptation when things get too heated or even once the argument is over and done with. Emotions are running high and even when you resolve the issue, you might still be grappling with feelings that you need a little space for. But don’t just storm off. Always end the exchange on a positive note before you take that much needed ‘me’ time. A verbal acknowledgement such as “I appreciate the fact that I could talk to you about this today” could mean more to your partner than you could possibly imagine.

And if you feel comfortable enough to do so, it’s always a good idea to end the exchange with some physical affection such as a hug. Sometimes it is better to walk away in the middle of an argument before an agreement has been reached if you need some time to think, process or cool down. But once again, communicate the need to bench the argument for a bit to your partner and return to it later when you’re both in a productive mind frame again.

Don’t allow it to escalate

Even though it can be tough during times of conflict, you need to stay mindful and stay in control of the situation. Any argument can either be resolved or it can escalate (the latter being extremely easy to do). And once an argument has escalated the odds of it being productive in any way is very slim. Keep your volume down. Don’t drag up old fights from the past and also don’t add other grievances on top of the issue you’re already addressing. Don’t get personal and don’t just go into blame shifting mode. All of these will ensure that your fight becomes a lot worse before it gets any better. Within online couples therapy your therapist will ensure that discussions never get out of hand.

There’s no winner when it comes to couple fights. If just one person “wins” you’ve both lost – in many more ways than the issue at hand. When you’re in a partnership the ultimate goal is to end up at a compromise where both had to give and take a little.

Do start your sentences with ‘I’ rather than ‘you’

The word ‘you’ is very accusatory and can trigger someone to become defensive. If you open your sentences with ‘I’ for example ‘I feel’ or ‘I need’ you can express yourself much better and give your partner the opportunity to hear and appreciate what you’re feeling so much more.

Do take a deep breath

When emotions are at a high during an argument we tend to start taking short breaths which has an actual negative effect on us biologically. By taking shorter breaths we activate our nervous system in preparation of fight or flight. When our body goes into fight or flight aka survival mode, we are no longer thinking rationally. Taking a deep breath resets your system and is also helpful in sometimes grounding ourselves again and stopping us from saying something we might regret later. Online couples therapy helps with practicing breathwork.

Do become the therapist

You need to become analytical about your fights. If you notice that you always seem to end up in a fight after coming home from work, ask yourself “why?” Is it really such a big deal to find that someone accidentally left the garden gate open or that the ice tray wasn’t refilled? Or are you simply exhausted after a long day and need some time and space to decompress once arriving home? Put your fights under the microscope, search for patterns and be honest with yourself. If you spot the fact that certain fights might merely be a symptom of something underneath the surface, have an open conversation with your partner about it.

Do schedule your arguments

Avoid getting caught in the heat of the moment by putting a pin in your fight and postponing the discussion. Choose a time when both of you can tackle the issue without any disruptions and distractions. This gives both of you adequate time to regroup and have a proper and constructive conversation later.

There will always be certain irritations and frustrations in any relationship. But what do you achieve by walking around and growling at your partner “you’re coffee cups are all over the house”? Instead of just making these negative statements, why not simply ask your partner “do you mind collecting your coffee cups”? Which of these approaches do you think will actually give you the result you’re looking for? Being direct and respectful will get you much further than starting a fight.

Do apologize… THEIR way

We all have different love languages. These languages also translates into our apologies. The way we perceive a truly heartfelt apology might be completely different from our partner’s. For some the words are enough, others want flowers and others need to see an apology in actions or behaviours. It’s your responsibility to find out how to apologize to your partner in a way that they understand and appreciate. Love languages is also a subject that you can delve into with your therapist during online couples therapy.

Do accept your partner as a teacher

It’s never nice to discover that there are things about yourself that could do with some improving, but that’s the only way we can grow and become better versions of ourselves. Your partner is the person closest to you and the first people to bear the brunt of your flaws. When they raise a grievance, avoid becoming defensive and dismissive. Take what they’re saying on board and evaluate whether there is something that’s due for an upgrade. These discussions are very often valuable teaching moments and not the hurtful critique you might experience them as.

Even though conflict is never fun and rarely comfortable, conflict can often lead to even deeper connection with your partner. But only if you fight the right way.

If you are unsure whether you’re fighting habits are entirely healthy or simply need some guidance in conflict resolution, don’t hesitate to contact us for your online couple’s therapy on info@personalonlinetherapy.com or by completing the form below: