“I Do” or “I Don’t” – Find Out During Personal Online Therapy. 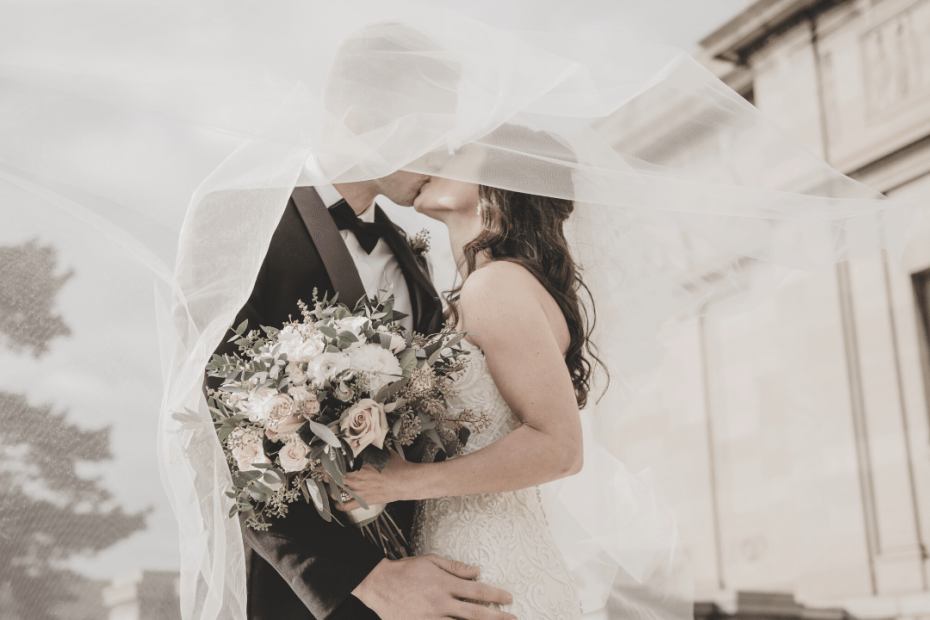 Pretty white dress, gifts, massive party with friends and family and the exchange of jewellery… What’s not to like about getting married, right? But marriage is something that far exceeds the wedding day and is much harder than most anticipate. It’s very important to explore your reasons for getting married and whether marriage is even something that will suit your personality and lifestyle. This can easily be explored during your personal online therapy sessions.

It must’ve been lov… I mean, alliance

Marriage is not a naturally romantic notion. Marriage initially started as a mutually beneficial arrangement between families. The institution of marriage started over 4000 years ago. Initially families consisted of a group/tribe of people with up to several men sharing multiple women partners and all raising the children together. When marriage was initially introduced it had little to do with love or religious beliefs. Initially marriage meant either benefitting economically or ensuring legitimate heirs. Also, the initial format of marriage still offered men the opportunity to have up to 7 wives (sorry, girls). In fact, if your wife didn’t manage to give you an heir you had the right to request a “refund” (cue modern world eye-rolls).

But all these original “I do’s” used to happen without the knowledge or approval of any religious organisation. It was only with the rise of the Roman Catholic Church that a priest became a ceremonial necessity.

It’s official; the French might be the actual creators of love as we know it today. In twelfth-century literature men are advised to “woo” the object of their affection. And in the 13th century there were already French love guru’s giving dating advice such as “cast your love flirtatious glances”.

The revolution of love.

But love and the institution of marriage has never stopped evolving. From contractual agreements to something a little more romantic. To women’s rights finally making it a union of two fully recognized individuals, and then later opening the doors to legalising same-sex marriage. And today we have those who rather opt for a co-habitation situation or even actively choosing to remain single. Whatever the preference, it’s safe to say that modern day offers the opportunity to live out your love life in a “whatever works” fashion.

So is marriage for you?

Marriage might sometimes get a bad rap as an old-fashioned institution, but there are plenty who still choose to walk down the aisle and with very good reason. But how do you know if it’s the right fit for you and your partner?

Your mid to late 20’s is like a pressure pot of expectations – especially when it comes to relationships. Never in your life will you be invited to more engagement parties, bridal showers and weddings than during this phase of your life. And with everyone around you tying the knot, you might feel pressured to do the same. Don’t. If you don’t stay true to yourself and your relationship you might end up making the wrong decision that can cost you both years of your lives. If you’re really starting to feel the marital heat, it’s best to bring it up during your personal online therapy.

When you’ve just started dating it’s easy to see past each other’s faults, ignore red flags and feel like this person is your true soulmate. How long you need to date before taking the plunge is up for debate. There are many who date for years and end up in divorce court. Others date for three months and live fairly happily ever after. But although the amount of time is debatable, the general consensus is that you have to date beyond the honeymoon phase – however long that means for you.

This is usually when the rose-coloured glasses come off and the little snorting sound your partner makes in their sleep begins to be more annoying than cute. Once you reach a stage where you can actually see the faults and annoying habits of your partner, accept them and still love them you can start discussing the “next level” of your relationship.

The finances are out in the open

In contradiction to popular belief, you don’t have to have your financial situation completely sorted before committing to someone. What is really important though is that you both have the same views and opinions about finances and the future handling thereof. Will you have one joint bank account? Will each be responsible for their own debt? What kind of lifestyle do you want to afford together? If your stance on finances don’t align it could cause a lot of future conflict. These can be discussed during your personal online therapy.

The past is in the past

There should be absolutely no residual feelings about a past relationship. If you are still hung up on a previous ex (for whatever reason) you’re not ready to fully commit to a future with your partner.

Yes, there is a difference and can become quite an interesting topic to discuss with a professional during your personal online therapy. The brain is actually only perceived as fully developed by age 27. Especially the part that can assess and make decisions by weighing options and long-term consequences. So rule of thumb; don’t make any “live happily ever after” plans ‘till your brain is mature enough to do so.

You’re not just a “better half”

This is one of the most misleading sayings there is about relationships. You can’t have a successful relationship if you’re a half that relies on another half in order to be complete. If you both truly know and feel comfortable with yourselves and can function independently, you will be more effective working as a team moving forward and have a more secure marriage.

You can talk each other’s language

This has nothing to do with your native tongue. People give and receive love in different ways. These are referred to as the five love languages. It is crucial to understand how you complement each other as well as differ when it comes to these languages. If you are not sure what the five love languages are and which you and your partner possess, please make a point of investigating this subject during your personal online therapy session.

Conflict is dealt with constructively

Toxic traits do not magically disappear once you get married. We all have different styles when dealing with conflict. And sometimes certain individuals also tend to bring out the worst in each other during a conflict situation. Conflict is a very necessary part of any relationship. But it needs to be dealt with in a healthy and constructive way. This means that someone can raise a concern and you can talk about it in such a way that both feel heard and understood. Conflict traits such as defensiveness, criticism and contempt are big red flags.

Relationships as they are depicted by Disney and Hollywood is not the marriage you’re going to end up with. You need to be well aware of that. In the best of relationships partners will disappoint each other at times. When you have unrealistic expectations you will find yourself constantly disappointed. If you are not sure whether you have any unrealistic expectations, you can share your general relationship and marriage expectations with your therapist during your personal online therapy sessions.

You’ve ridden the rollercoaster together

Life is an endless cycle of ups and downs with more twists than any Hollywood blockbuster could ever offer you. People react to situations differently and these stressful life occurrences can either strengthen or break a relationship. Whether a death, the loss of a job or even a flat tyre in the middle of nowhere, these are all situations that will put your relationship to the test. If you’ve managed to pull through some of these situations where you are able to keep each other calm and offer each other support, you might very well be ready to take on life together within a married context.

If you can’t actually see yourself being married to your partner, absolutely none of these signs or reasons to get married means anything. If you take a sneak peek into what you envision for your future five, ten years from now; what does it look like? Are you living together? Married? And if so, is it even with the partner that you’re currently with? If you envision yourself still climbing the corporate ladder or traveling the world solo, you should probably not delve into any marital discussions with your partner just yet.

Still not sure if you’re ready to take the marital plunge with your partner? Then book an online chat with one of our professionals at info@personalonlinetherapy.com or simply complete the form below.