Parenting on the Same Page: How Online Couple’s Therapy Can Help you Navigate the Tumultuous Teenage Years Together 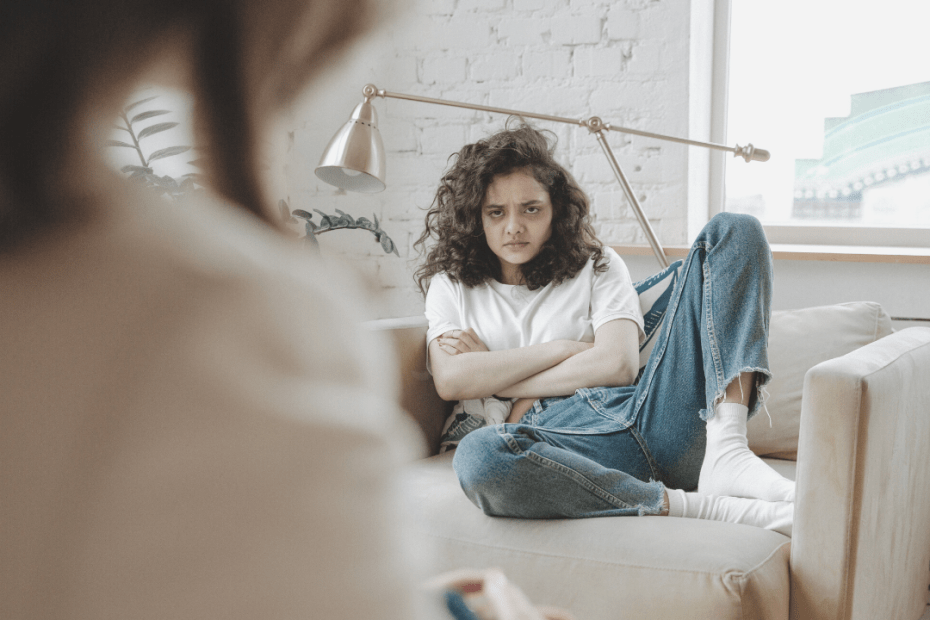 So you thought one of the toughest days as a couple was when you brought home that bundle of joy? Well, surprise! It now seems that your bundle of joy has turned into a terror almost overnight. The teenage years can be incredibly tumultuous. And it can drive a wedge between you as a couple – especially if you’re not on the same parenting page. We give you some insight on the teenage year situation and how online couple’s therapy can help you navigate these as a team.

What is a teenager?

The official definition of being a teenager is a young person between the age of 13 and 19. This definition has become a bit of a dispute in recent years. This is because our children seem to be growing up so fast. This is mainly due to the digital age we live in where information is just one Google search away. And adult and sensitive subjects such as sex and suicide are openly discussed and shown on TV, in magazines etc. Sadly, we now live in a world where 10-year-olds get pregnant doing things they saw or heard, but don’t understand. But simply growing up too fast does not make you a teenager. Being a teenager has many biological factors to it.

The biological changes of a teenager

The most obvious changes are the physical ones. The short girl in the class can suddenly become one of the tallest. And the scrawny guy in the class can suddenly start bulking up a bit. Not to mention the hairy hair situation that both genders face. But underneath this already changing exterior is an even more chaotic interior. The hormonal changes in both girls and boys are next level and actually occur longer in boys than in girls. You would be pretty moody and erratic too with these hormonal concoctions running through your veins.

How to parent a teenager

Your teenager might seem like a lone wolf without much time for anybody else, but it’s important to make it abundantly clear how much you care and that you’re interested in their lives. A quick daily chat will do just that. And don’t make an event out of it – your teenager will not respond well to a planned and awkward heart-to-heart. Simply have a chat while setting the table, washing the dishes, driving to the shops etc.

That old shtick about “as long as you’re in my house…” isn’t going to fly during this period. In fact, that will buy you a one-way-ticket to Rebelville. The teenage years is an essential development phase for all humans. It’s like the adulthood training phase. By sticking your head in the sand and acting like your child is magically going to grow up once they hit their 18th birthday is delusional and not in their best interest. This “adult internship” will require steadily loosening the reigns while providing a safe and secure environment to do so.

This can sometimes be a fine line to walk and should be age-appropriate. Just because your teenager is growing up doesn’t mean they can just leave the house without telling you where they’re going or with who. But at the same time, their social lives will become much more important to them and you can expect your calendar to be filled-up pretty fast with drop-offs and pick-ups.

Parental supervision during the day

This can be a tough subject to raise since many parents are simply not able to be at the house during the day because of work responsibilities and financial pressures. And when we say parental supervision, we don’t necessarily mean an actual parent or getting a babysitter to watch their every move. Parental supervision is simply an adult who can be in the surrounds to act as a parental figure – from a simple chat about a fight with a friend to ensuring that certain boundaries are not crossed.

The reason for this is that we all grow up with certain urban legends to keep us safe: don’t take the candy from the old man outside the school and when teenagers go out on the weekend they use drugs and get drunk. The sad truth is that these are stereotypes that are just the tip of an iceberg of situations. And while parties are definitely something that should be managed, studies have shown that things such as substance abuse in teenagers mainly occur between 3 – 6 pm (after school and while parents are at work). Having a responsible adult in the house during these hours won’t necessarily stop this kind of behaviour, but it will definitely deter it.

During the teenage years you’re a parent and a friend

No, this doesn’t mean that you’re going to be hanging out with your teenage son or daughter and their friends. It means that you will slowly start moving away from communicating with them solely as an adult to a child. Your conversations will be more mature and will start gravitating towards adult to adult conversations where you can talk, debate and argue on a more level playing field. There is nothing worse for your growing teenager than to feel like they are still being talked down to like a little child. Not only will this conversation style make room for open communication, it will also improve your relationship.

When your child was small there would be certain consequences to certain actions such as time outs or computer and mobile phone restrictions. But as they grow older, they need to learn that their actions lead to consequences outside of the house as well. If your child does come home drunk from a party, there will be discussions and certain repercussions, but part of these repercussions is feeling like death the next day.

Don’t nurse your hungover son or daughter back to health like Florence Nightingale. Let them deal with the consequences of their actions just like any other adult has to. Are they having problems with taking responsibility for their personal property? Make it very clear that the mobile phone you bought is the one in circulation for the next x amount of years. If it breaks or gets lost within that time period, they will have to make their own plans to make the money to pay for a new one. By giving them the freedom of choice, but with consequences for those choices, you are not only building a relationship of trust between you, but also preparing them for the outside world.

Walk a mile in their shoes

This is good advice when working with people in general, but for some reason, we forget to do it with our own children. Just because you are the disciplinarian doesn’t mean that you shouldn’t have understanding or empathy.

Your teenager has the right to privacy. That means that their phones, closets etc. are off-limit to snooping. And while many parents justify this invasion of privacy under the premise of being preventative and protective, there is not much of a difference between snooping in your teenager or your partner’s personal things. It is a major betrayal and it will take a long time to rebuild that kind of trust.

Just because your teenager is enjoying more freedom doesn’t mean that they have free range to do whatever they want. There still needs to be certain ground rules and very specific boundaries. Set a curfew, share household chores etc.

What if you’re trying to raise a teenager in two separate houses?

This is the reality for many parents these days with the divorce rate being over 70%. This is also where we’ve found online couples therapy to be very useful. And remember that online couple’s therapy sessions when trying to navigate parenthood together can be scheduled as individuals as well as with each other. We actually recommend both in these kinds of situations. That way there is room for each household to function according to the parent as an individual, whilst also establishing certain basics that need to be adhered to in both houses. During these online couples therapy sessions, the focus is very much on the child(ren) as to not cause any unnecessary conflict between the parents.

Raising children is a hard job and with all of us being our own individuals who were raised by different parents, it’s common sense that we will all have our own parenting styles that need to be consolidated once we’re a couple. Online couple’s therapy can do that and make the transition of your teenager into adulthood one that doesn’t put unnecessary strain on your relationship. If you and your partner have any questions or would like to book your online couple’s therapy session, please contact us at info@personalonlinetherapy.com or complete the form below and we’ll get back to you.

Did you know we also have multiple online child psychologists in our team? They can offer parents advice, guidance, discuss difficulties, but also listen and offer guidance to your children.