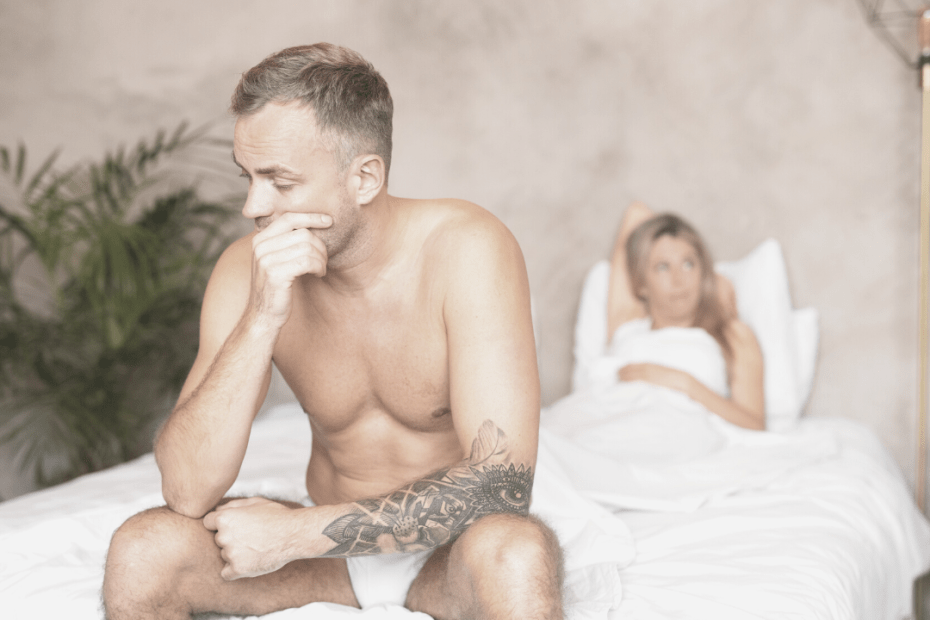 Most of us will only hear about sex addiction in the movies and, to many, it will always be a convenient excuse to excuse bad behaviour. But what is sex addiction? And is it an actual thing? We give you the lowdown on this addiction according to a sex therapist and you might be surprised by what you learn.

What is Sex Addiction?

Sex addiction (or Hypersexuality) is when partaking or engaging in sexual activities becomes a compulsive behaviour. Any potential negative consequences are completely ignored. It is not just amongst the general public that the debate around sex addiction runs rampant, even among professionals (psychologists, psychiatrists, sexologists, doctors, etc.) there is conflict regarding its classification.

Does compulsive behaviour constitute an addiction? Whilst this is the question asked on one side of the fence, the other side does tend to hold up some animal research where it was found that the source of compulsive sexual behaviour is the exact same epigenetic and transcriptional mechanisms found in drug addiction.

Any sex therapist will be able to tell you that it’s hard to pinpoint exactly what the source or trigger for the addiction is. Often, it is a combination of things. These are some of the most common causes of sex addiction:

Whilst sex addiction displays differently from person to person, the key to problematic behaviour and thinking patterns lie in the compulsivity attached thereto. If you recognise yourself or a loved one in any of the below symptoms or just want to ask a few more questions, a sex therapist will be happy to assist. The following are some of the most prevalent symptoms of sex addiction:

Here it is important to distinguish between a single person just living their best dating life and the aforementioned compulsive behaviour. Having multiple sexual partners (using protection, of course) is no longer the taboo it was years ago. As long as it’s not hurting you or the people around you, there’s no need why you can’t enjoy a healthy and active sex life as a single.

But when you’re starting to struggle with intrusive sexual thoughts that are affecting your work or you’re blowing off family events or a friend’s birthday party just to have sex with a stranger, something’s wrong. The fact that statistics show an average of 40% of all sex addicts have an STI says a lot about the mindset of an addict. Their multiple partners are chosen completely at random and with not much discernment, and their cardinal needs trump any possible safety measures.

Once again, the “but I think I’m a sex addict” get-out-of-jail-free card is not going to work for a husband or wife caught having an affair. A sex addict situation is what we refer to as a serial cheater. And it almost seems out of place and character for the spouse. Usually, the marriage is going strong, both spouses are committed to each other and love each other very much.

But for some strange reason, Peter or Mary just can’t seem to stay faithful. Most of these extra-marital affairs are also characterised by their sexual nature (there’s not much talking going on if you know what we mean). Sex addiction in marriages can lead to some of the most heartbreaking sex therapist sessions with the genuine love between the spouses being overshadowed by hurt, resentment and overwhelming guilt.

This might be an odd concept for people to comprehend. How can one not really want sex, yet make the choice to perform the act anyway? But this is where that uncontrollable compulsivity comes in. The need and the urge are much stronger than logic, common sense, priorities, responsibilities, etc.

Most people will associate their post-sex mood with positive feelings, but a sex addict will be struggling with feelings of regret, guilt, shame and depression.

The Physical Sex is Accompanied by Other Sexual Activities

This is one of the biggest misconceptions about sex addiction. Sex addiction is not just someone running around humping everyone like a dog in heat. It’s an incredibly nuanced addiction where sex has essentially taken over someone’s life, but it doesn’t just entail physical sex.

Once again, discernment is needed here. Firstly “normal” looks different to everybody. Secondly, we are not referring to anyone practising a particular kink safely. This is why context is so important when one starts evaluating these symptoms. In the case of an addict (irrelevant of their drug of choice) a tolerance is built up over time. That means 3 drinks or 2 pills or sex with a stranger in a hotel doesn’t cut it anymore. They need to up the stakes to keep the thrill.

You Have No Time for Anything Else

You start declining invites to events, suddenly you’re too busy for your usual catch-up coffee with friends, and you’re even too busy for upcoming dinner engagements. It may seem or feel like there are just not enough hours in the day, but if you’re really honest with yourself and actually start tracking your time, you’ll realize that you’re extremely busy – but with all the wrong things.

These sexual thoughts and activities eat up your day and whilst the day was “busy” not much happened in terms of real productivity. It’s usually at this point that friends and family also start noticing and becoming concerned.

That means, higher and higher levels of Dopamine are needed to experience physical arousal. If you’ve been watching five plumbers filling every possible cavity of a French maid all day, your wife undressing after a long day of work simply isn’t going to do it for you anymore.

Treatment for sex addiction will usually consist of a combination of the following:

Any sex therapist will be able to tell you that sex addiction is a very real problem. And one that can have disastrous consequences for one’s career, relationships, health and general well-being. If you suspect that you or someone you love might be dealing with such an addiction, please do not hesitate to reach out to us via our website, by popping a mail to info@personalonlinetherapy.com or by completing the form below. We’ll get back to you as soon as possible.