The Big PTSD Myth & How Personal Online Therapy Can Help 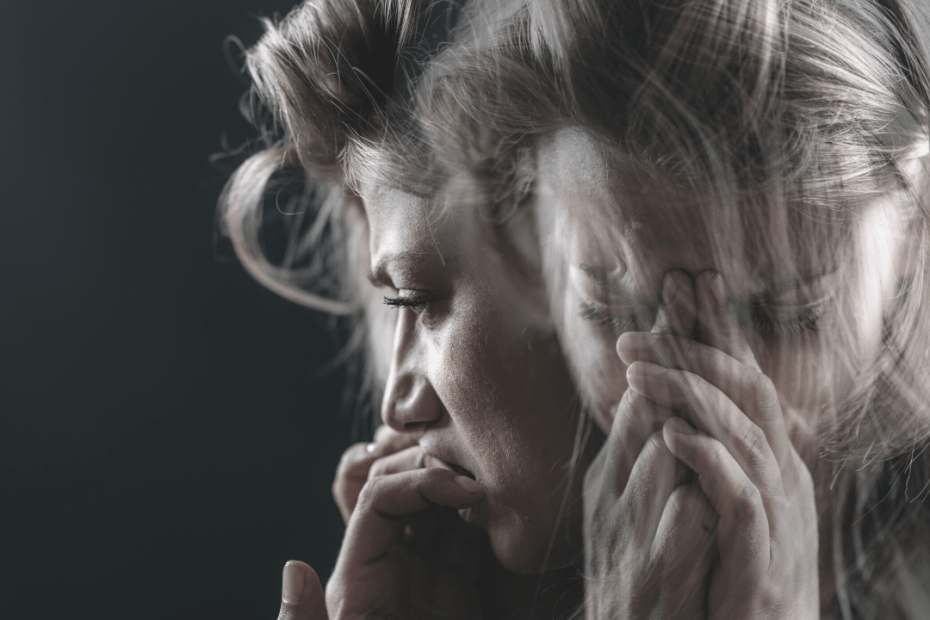 For the most part, it was modern-day war movies that introduced us to the concept of PTSD. Our minds were filled with images of tortured soldiers who came home from the war only to battle inner demons on the home front. Soldiers who wake up screaming from the nightmares and who wage war against any shadow in the safety of their own home.

But as medical professionals we can once again confirm – Hollywood may not be the best place to get your medical insights from and it’s DEFINITELY not the perception you base a diagnosis on.

PTSD is short for Posttraumatic Stress Disorder. It is a psychiatric disorder that occurs when an individual has been subjected to intense traumas and traumatic events. These can include events such as robberies or assault, a motor vehicle accident or a natural disaster, and yes, in extreme cases of war, individuals can also suffer from PTSD (or what we used to call shell shock).

Sadly, when we think of PTSD, the focus is usually placed on these isolated, traumatic events. This is the exact reason why many people suffering from PTSD rarely get the help they need. The focus should be on the fact that PTSD is caused by intense trauma. This is also where things get personal, because what might be extremely traumatic for one person, can be much less impactful on another. A traumatic event also doesn’t need to be a once-off occurrence. That is why we need to be very careful when judging trauma. Intense trauma can also be caused by a divorce, the death of a loved one, child abuse and many other circumstances that can push our emotional limits to breaking point.

Another general misconception is that PTSD symptoms appear immediately after an individual has experienced an intense trauma. But that is not the case. Sometimes PTSD symptoms can appear long after the trauma occurred and the individual themselves believed that they had moved past it.

Because PTSD is such a tricky psychological disorder, it is very important to talk to a professional during your personal online therapy session if you have any suspicions that you might be suffering from PTSD. These are some of the symptoms that you might experience:

Reliving the trauma in the form of nightmares or flashbacks can be quite common. The emotions these nightmares and flashbacks can bring to the surface can be so intense that the individual experiences panic attacks, headaches or heart palpitations.

After experiencing intense trauma, the last thing someone wants to do is have long discussions about it. But people suffering from PTSD don’t just avoid the topic, they can isolate themselves completely. They will try to stay at home as much as possible and decline social invites. Unfortunately, this isolation actually exacerbates the situation.

Those suffering from PTSD can have some severe mood swings. This symptom is quite common when it comes to most psychological disorders. That’s why we have to remind you that it’s extremely important for you to discuss any/all symptoms with your therapist during your personal online therapy session, so they can make the correct diagnosis.

It seems like those suffering from PTSD just can’t catch a break when it comes to sleeping patterns. Either they wake up in cold sweats due to nightmares or they can’t even get to sleep in the first place. But just like the mood swings, insomnia is also a pretty common symptom when it comes to psychological disorders. So discuss symptoms in depth during your personal online therapy session.

This behavioural symptom can relate to many things. Those suffering from PTSD often feel like they are constantly on edge or on guard.  They sometimes have angry outbursts or are just plain irritable at things that most people would hardly take note of. They’ll also get frightened or startled very easily.

When should you speak to a professional?

Many people suffer from PTSD without even knowing because the symptoms are not so severe. In many instances individuals can manage the situation and get through this tough period in their lives without any help. But then there are others whose symptoms are more severe and will struggle or be completely incapable of mitigating the situation. We highly recommend that you book a personal online therapy session if the following is true:

Remember, in these cases, the PTSD symptoms are more likely to worsen over time than get better, so it’s crucial to speak to a professional regarding treatment.

Since PTSD is not a psychological disorder that’s initially caused by a biological imbalance, the treatments for PTSD is varied:

Unlike many other psychological disorders, this is one of the last resorts professionals take with someone suffering from PTSD.

This helps to combat the self-inflicted isolation. And it can be quite a comfort to talk to others who are in the same boat and understands your situation better. This therapeutic approach is mostly an add-on to personal one-on-one therapy sessions.

This therapy has proven to be very successful in mild PTSD cases. It is essentially a way to make sense of what has happened to you. One of the techniques include writing down the details of the trauma, outlining the impact it has had on you personally and then read it aloud to your therapist before moving into how to cope with the impact. Many patients make note of the “release” they felt after doing this.

This incorporates quite a few approaches. Individuals are often given imaginal exposure where they essentially confront the traumatic memories in a safe space. They are also given vivo exposure which means that they need to confront the impact of the trauma and face the people, places etc. that they have been avoiding due to their PTSD disorder. The cognitive therapy element helps to identify and work through any false beliefs and assumptions that the trauma has imbedded in your psyche. Individuals are also taught anxiety management which can include things such as an exercise plan, certain breathing techniques, healthy distraction techniques etc.

This therapeutic approach helps an individual understand the disorder and its symptoms better and helps them to regain control. Certain social support systems are put in place where the individual can connect with certain friends or family members when they need to talk. They also commit to certain social events in order to combat the isolation factor. Substances are almost completely eliminated from the picture. Those suffering from PTSD can easily fall victim to substance abuse as an unhealthy coping mechanism. The individual is also taught anxiety management strategies in the form of breathing techniques, problem solving methods and other self-help tools.

This is quite an interesting method of treatment. It is a combination of exposure therapy, cognitive therapy and also includes practicing future coping responses.

This therapeutic approach is also based on facing and confronting the trauma head-on, but in a safe space. This treatment is a combination of psychoeducation, vivo and imagery exposure, breathing techniques and methods of coping with the thoughts and feeling that arise during these sessions.

Treatment is a very personal thing and differs from individual to individual and situation to situation. The period of time an individual will need to receive treatment also differs. It’s advised that you discuss the treatments and the process with your therapist during your personal online therapy session.

PTSD is nothing to be ashamed about. It is merely the body and the mind’s way of telling us that we are not ok with what has happened to us. Unfortunately, PTSD if left untreated can also lead to other disorders. This includes depression, substance abuse issues, eating disorders as well as suicidal tendencies. That is why it is so crucial to reach out to others when you feel like you might start spotting PTSD symptoms.

If you or someone you love might be suffering from PTSD or you would simply like further information, you are more than welcome to reach out to one of our professionals on call at info@personalonlinetherapy.com. Or simply complete the contact form below and we’ll reach out to you.