Expat Blues: What to Expect 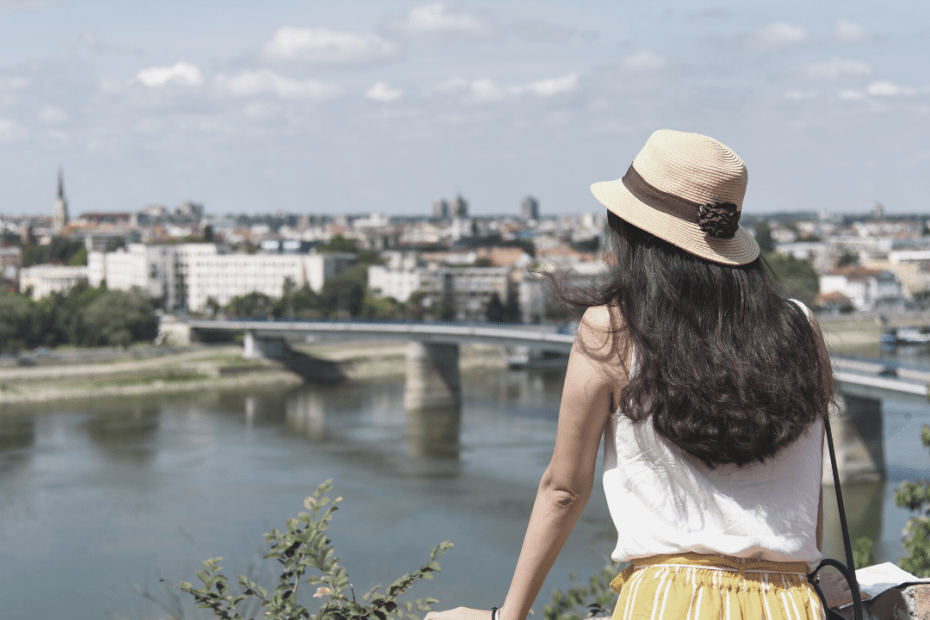 Whether seeking out new adventures or chasing the career of a lifetime, thousands are flocking across the oceans to settle into far away countries and foreign communities. These lives can appear very exotic and exciting – especially on social media. But there is something that’s often lurking beneath the dreamy exterior of white sandy beaches and snowboarding outings. And this darker side is something we at Personal Online Therapy come into contact with quite often: the Expat Blues.

Within our own team of 21 professionals, most have also lived or are currently living abroad. Therefor we can especially sympathise with those patients who suddenly find themselves in a mentally unchartered territory that is referred to as the Expat Blues.

Unlike Depression, Trauma or Anxiety there is no official psychological diagnoses for the Expat Blues. The Expat Blues come for most expats living abroad. It mostly occurs a few months after you’ve settled into your new surroundings and the novelty of the experience slowly starts to fade, but for some it can come much later or even appear in cycles or phases all throughout their stay. Many times the Expat Blues can hit you at the times you’re supposed to be at your happiest and this is also what makes it such a confusing psychological phenomena and one that’s not easily identified (especially by the expat experiencing it).

So what are some of the possible signs of the Expat Blues? And do keep in mind that it will be a combination of the below mentioned (you can’t use the Expat Blues as excuse because you just snapped at your partner):

What exactly triggers this Expat Blues? Just like with the symptoms it could be a multitude of factors:

Even though you’ve merely moved to another country, it might as well be to another planet. You’ve left everything you know & love behind; your entire support system, family & friends. This alone can cause dreadful loneliness. But this can get even worse depending on where in the world you find yourself. The culture might be in complete contrast to your own, the local cuisine might seem like something you’ve seen on a Bear Grylls episode and you might be confronted with an entire language you know next to nothing about (and trust us; Google Translate can only get you so far). All of this can make you feel completely isolated in the middle of a busy metropolitan city and those you’d reach out to in times of feeling a little “lost” is now thousands of miles away. Not to mention the major FOMO you’ll experience with every wedding invite, pregnancy announcement etc. you’ll receive from home. The mere thought of a situation like this is enough to make anyone feel a little down.

As with people, countries also have stereotypes that get enforced and punted by the general media and travel industries. Germans yodel and drink beer every chance they get, the Maltese spend most of their time working on their tan and in France everyone is too busy to fall in love on a daily basis to get anything else done. No matter the country, we’ve all had our perceptions and expectations influenced by something or someone. That’s why it’s no surprise that you might feel a little cheated when you get to France and Pepe Le Pew isn’t showering you with flowers and chocolates all day, every day.

This might seem like general knowledge that you should be prepared for before going to another country, right? But the extreme difference in cultures can sometimes only hit you once you’re living and working with another nation. For example; it’s public knowledge that most Moslem countries such as Saudi Arabia require women to wear a Hijab (headscarf) when in public, but did you know that it is considered incredibly disrespectful as a male teacher to move in between the desks of your female students? When you find yourself in a different culture you’ll realise that cultural common knowledge might not be as common as you thought.

The general perception regarding burnout is that it’s something that happens when you’ve been working too hard or been trying to do too many things in too little time. But there is something such as mental burnout that can occur when you’ve been bombarded with too many new ideas, new experiences, new things etc. Just like your body, your mind also needs to shut off and take a break. You don’t need to decipher the entire underground network in a couple of days after landing in predominantly Japanese Tokyo.

One of the biggest things expats are rarely prepared for is the immense challenge of coming back home. No expat ever think about the possible Expat Blues they might experience when they return to their own country. Many who lived abroad for many years return only to find that everything familiar has changed. The friend you used to go out dancing with at the club is now raising a new born, your favourite book shop is now a Starbucks and your parents sold the family home. And even though some of this is to be expected, many underestimate the power of personal growth. You might return to the group of friends you’ve loved and cherished for many years only to find that you no longer have many things in common.

There’s few things in this life more tedious and frustrating than administration and when moving to another country there’s a ton of it. From visa’s to lease agreements. Opening a bank account to registering for NHS. You’ll have to do all of it within a very limited time period.

There are a wide variety of different types of visas that afford people the opportunity to move to a different country; you might go to become a full time student on a student visa or accept a job offer and go over on a work visa. But no matter which visa you have, if it’s not a residency visa you’re visa has an expiration date attached to it with many also reliant on so-called ‘visa runs’ where you are forced to leave and re-enter the country after a certain amount of time.

When this dark expat mood descends on you don’t feel defeated. There are a few tried and tested ways of beating the Expat Blues:

Distance has definitely lost some of its sting with modern apps, platforms and software such as Zoom, Skype, Facebook Messenger, WhatsApp and many more. It’s now simple to arrange digital coffee dates with friends and family. Just remember to be mindful of time zones when you decide on an impromptu video call; most people won’t appreciate a quick catch-up at two in the morning.

What’s the use of being in a new country filled with the promises of new experiences if you never take the time to discover them? Go and explore your surroundings for hidden gems (whilst being safety conscious of course) or act like a real tourist and go visit some of the most famous tourist attractions. Not only will you find interesting places and create precious, lasting memories, but you might also make a couple of new friends. If you’re not too keen on solo adventures, you could also join a local group with similar interests i.e. a hiking or running group. That way you get to socialize whilst doing something you enjoy.

Stop Telling Yourself to Snap Out of It

The only way out is through. By denying or trying to ignore what you’re feeling, you’re only putting off the inevitable. Talk to someone. And if you don’t want to burden friends or family or you’re in a country where expressing vulnerability and emotions are seen as a weakness, contact one of our team members at Personal Online Therapy.

There is a direct link to physical health translating into mental wellness. Ensure that you remain active, get regular exercise, get enough sleep and eat a well-balanced and healthy diet.

The Expat Blues is something that most expats won’t be able to avoid, but it’s something that’s definitely manageable and there’s no reason to suffer in silence. If you are currently experiencing the Expat Blues feel free to contact us at Personal Online Therapy for a chat. Did you know we also offer couples counseling? No matter where you find yourself in the world our helpful and professional team is available 24/7 via video call, chat or mail (info@personalonlinetherapy.com).