What You Should Be Teaching Your Children About Abuse; Revelations From a Child psychologist 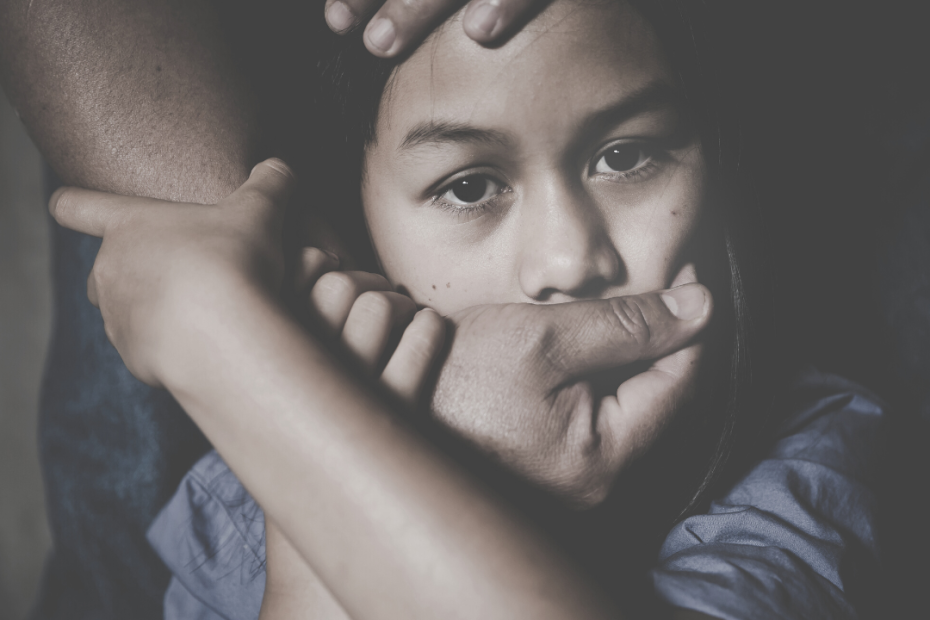 Having to speak to toddlers about abuse is something most parents shy away from. And mostly it’s not because it’s an uncomfortable topic to talk about, but because it feels wrong. A child psychologist often hears “they’re too young”. Or “we don’t want to burden our innocent children with all the evils of the world”.

Unfortunately, it’s a sad reality of modern-day that it’s never too early. And you need to empower your children with knowledge in order to protect themselves. This article serves to teach parents what needs to be discussed and how to make it age-appropriate.

Children Need to be Taught What Abuse is

It’s impossible to spot something or report abuse if you don’t know what it looks like. For many years we have been stuck in stranger danger narratives that are rarely helpful in real-life scenarios. Children should first be made aware of the fact that there are different forms of abuse. And it should be called such. Children should be made aware of the fact that one can be a victim of:

With current statistics stating that 1 in 5 children are sexually abused, this is not a topic that should be swept under the rug. The advice of a child psychologist is to use the Underwear Rule when explaining what sexual abuse is.

They need to know that whatever covers a man’s or women’s body in underwear is not allowed to be touched by others (in any way whether adult or child). And that they are also not allowed to touch others there. You can specifically mention bra etc. to ensure they understand). It is also essential that you name the specific body parts covered in the Underwear Rule. Do not use cute nicknames, use anatomical names.

Teach your children what to say if they ever find themselves in sexual abuse scenarios such as “Leave me alone. I’ll tell” and that they are allowed to say “no!” in these situations – even if it’s an authority figure. There are also physical responses such as moving away or removing someone’s hand.

After Abuse Has Already Occurred

Although we don’t like to think about it, we also need to empower them with the knowledge of what to do if sexual abuse has occurred. Make sure they understand that adults are not the elite. They are human and can do bad things sometimes just like children. And if there’s one thing any child psychologist will tell you to emphasize is the fact that their children should never keep secrets from them. Especially if it’s a secret someone threatens them with harm with if it’s not kept. Parents also need to ensure that their children’s first go-to should always be to tell them. And to never fear anger or punishment for doing so.

If sexual abuse has occurred, it needs to be reported to the appropriate authorities as soon as possible. And a medical evaluation will often be needed. It will also be imperative that your child sees a child psychologist to process what has happened to them.

This is probably the one that’s easiest to explain. They should know that physical abuse has occurred if someone physically hurts them on purpose. You can even mention some of these acts such as shaking, hitting, choking, pinching, burning etc. You can teach your child that they are allowed to remove themselves from any situation where they feel unsafe and fear for their physical safety. Even if it’s with an authority figure.

If physical abuse occurs, their first priority needs to be to get to a place of safety. If the situation doesn’t allow for that they need to immediately tell an adult they trust. Depending on the situation it can be a camp councillor, phoning mom or dad, or telling a teacher.

Since fear and shame often play a part in any abuse case, you can also let them know that they can tell in various ways. They can talk to someone in person, call someone or even write a note – as long as the incident is reported. And, of course, in these instances, the child will need a medical evaluation and need to go see a child psychologist (whether this ends up being in a private or welfare situation).

Any child psychologist will tell you that this is a tough one to explain to children. Even adults sometimes struggle to grasp where the line is between a healthy argument and actual abuse. Teach your child that verbal and emotional abuse is when someone purposefully hurts your heart and makes you sad. There are no physical marks or bruises to show that they’ve hurt you. But your sadness is telling you that they did.

Once again, we recommend the use of examples. Tell your child that it can be someone saying mean things to you. They can call you names. Or they can insult you by saying you look ugly etc. Some people even just have nothing nice to say. And will always complain about anything you do or say (it’s never good enough). People who threaten to hurt you are also making themselves guilty of verbal and emotional abuse.

It’s also important to explain gaslighting to them (which is such a subtle form of verbal & emotional abuse that it’s hard to spot and often occurs for a long time). Actually use the word gaslighting. And explain that it’s when you know the truth, but someone is trying to make you believe that you are wrong. For this explanation, examples are extremely important. Use an example such as “Billy called you an ugly toad, but when you confront them about it, Billy says you misheard him and he actually said you’re made of gold”.

When it comes to verbal and emotional abuse, you’ll need to explain that people who abuse others like that want to make you feel bad about yourself, make you feel alone and want you to believe that nobody cares about you. Also let them know that it often happens in these cases that, even if it’s not true, when people tell you something long enough you start to believe it. So, it’s better to nip it in the bud right away.

Your child needs to make his/her boundaries very clear by saying something like “stop shouting at me.” Or “don’t call me bad names”. If the person doesn’t want to stop a trusted individual needs to be approached – whether a parent or a teacher. Just remember that once the abuse has stopped and the child has been removed from the situation, the damage has still been done. You’ll need to take them to a child psychologist to process their emotions and what has happened.

This is the type of abuse that is least likely to occur peer-on-peer. Explain to your child that neglect is when someone who is supposed to take care of you and love you doesn’t. A child psychologist will always promote using examples as it makes things easier to comprehend. You can use examples such as a mommy or daddy that works too hard and never spends any time with their children. Or not giving their children food when they are hungry, warm clothes when they are cold or medicine when they are sick.

Here it’s also important to distinguish between neglect and poverty. Many people around the world go through some very tough times. This could mean having to go through a period where things like food and new clothes might not be in abundance. This doesn’t justify any neglect that might occur due to poverty. But it certainly is not the intention in these situations as is the case with parents who are addicts for example.

Step Away from the Stranger Danger Narrative

One of the common mistakes often encountered in a child psychologist practice is that parents are still stuck in the stranger danger narrative when it comes to teaching their children how to be safe. While parents should absolutely warn their children about things such as not taking something to eat from a stranger or getting into a car with strangers, less than 10% of abuse cases have a stranger involved.

Most abuse cases involve a family friend, a kind neighbour, parents, a fun uncle or much-loved grandparents. Strangers are not the danger you should be focusing on when teaching your children about abuse. You need to make it very clear that abuse in any shape or form is not ok – no matter who does it or how old they are.

If you would like to have more information regarding child abuse or fear that your child might’ve been a victim of abuse, please reach out to us at info@personalonlinetherapy.com or by visiting our site here. Alternatively, you can complete the form below and we’ll get back to you as soon as possible.