You May “Dream a Little Dream of Me”, but Why? An Online Psychologist Gives Some Clarity. 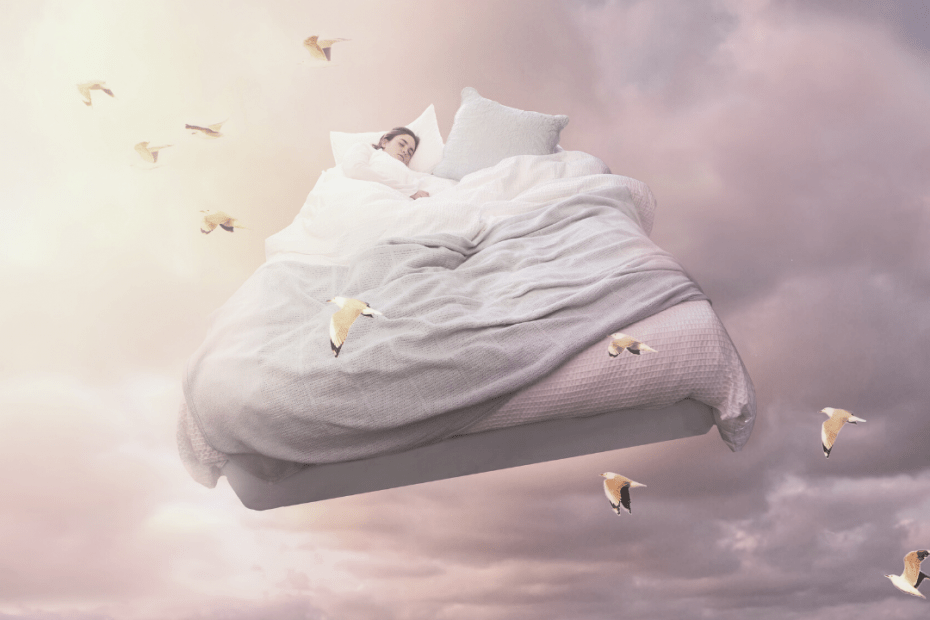 Dreams are often the subject in our online psychologist sessions. Most of us have woken up from a good night’s sleep and wondered what on earth was going on in that strange dream. Just like many has that one re-occurring dream or nightmare. But what does it mean? Why that dream? Every person is bound to tell you a different interpretation of your dreams, as they often base them off their own life experiences and biases. Some neuroscientists believe that dreams are merely a side effect of our neurological processes that continue during sleep. Our brain strings this neural activity into one comprehensible story that plays out in our mind. Other scientists believe the opposite. You have heard of the classic “everything happens for a reason” and some scientists apply this to dreams too.

A dream can be defined as an involuntary series of sensations, thoughts, emotions and pictures that occur in the mind of a person whilst they are sleeping. Dreams can occur at any stage throughout the sleep cycle. Often, we remember the dreams that are dreamt during the REM stage, the fifth sleep stage. The REM, or Rapid Eye Movement sleep stage, is the stage where the brain is most “awake” and where there is increased neurological activity. Our dreams originate in the part of our brain called the default network. Dreaming occurs once our central executive network deactivates and the imagery networks overtake our sensory ones. As one system slows, the other system starts up. Dreaming is the by-product of this switch in systems.

The dreaming process is the same process that takes place when we allow our minds to wander and drift off from our primary task. Which, let us be honest, happens more than we would like to admit. Especially during a workday. Although the dreams we are dreaming may feel like they last an eternity, most of them only last a few seconds or minutes. That being said, some dreams can last up to 30 minutes. On average a human being has three to six dreams a night, however we rarely remember all of them.

What do dreams mean psychologically?

We cannot comment on whether what we are dreaming predict what is to come or whether they are communication paths for the divine or the departed. That is an entire different field from psychology. What we do know though is that our dreams can sometimes give us a better understanding and insight into ourselves and our emotions. Some of the most common shared dreams are dreams that we are falling, that we are naked in public, that we can fly, that we lose our teeth, that we fail a test or that we are being chased by some big bad monster. But what does this mean? Analysing dreams and giving them meaning has become increasingly popular over the years and we often discuss them during our online psychologist sessions.

There are many who will claim to know what your dreams mean.

There are even online dream dictionaries to read and some books on this topic that have been around since the 1970’s. Falling? You need to let something or someone in your life go. Naked? You are afraid of what you lack. Chased? You are trying to escape something that you are afraid of or angry about. Losing teeth? You are worried about your appearance or your lack of communication.

Dying? You fear change or the unknown. Taking a test? You fear failure. Infidelity? You have trust issues with your current relationship. Flying? You feel independent or the need to escape. Pregnancy? You are developing aspects of your life. The only reason they are accepted interpretations is because the meanings are so general that they apply to almost anyone. Any online psychologist will tell their clients that there are no scientific validity to any of these interpretations.

Our dreams can be incredibly vivid, bizarre or rich in content – which is why many people think that our dreams can’t just be random and that they must hold meaning. There are five main theories that exist to explain the meaning behind our dreams – ones based on science that we often share in our online psychologist discussions.

The five main theories that govern the meaning of dreams are:

The unconscious mind theory by Sigmund Freud suggests that we dream about our unconscious wishes, thoughts or desires. Basically, what this means is even though we might not be cognisant of what we want, our mind is, and it displays this to us via our dreams. It isn’t this straight forward though. Sigmund Freud believed that the manifestation of the dream acts to hide and disguise what a person really wants. Sigmund Freud outlined a guideline of four elements of dreaming and the subsequent interpretation of such:

The Collective Unconscious and Archetypes theory by Carl Jung suggests that any dream reveals a person’s personal unconscious and collective unconscious. He believed that dreams represented more than just a person wishes and in fact acted to make up for parts of soul and mind that are lacking. Archetypes are universal representations of behaviours, personalities or people that influence our behaviour. The archetypes part of his theory suggests that the shadow and our soul in dreams are often portrayed as figures or objects with meaning. These figures and objects represent our inner personality that is often repressed by our brain when we are awake.

The theory of dreams being part of a cognitive process was proposed by Calvin Hall. Calvin Hall suggested that dreams are merely the inception of elements within a person’s personal life. According to this theory to truly understand and interpret a dream one needs to know the dreamer’s actions, the figures and symbolic objects and the interactions between the people – all within the dream. As this theory rides on the assumption that whether awake or dreaming, people exhibit the same traits. Another important aspect in need of knowing is the setting, transitions and outcome of the dream. He says that to interpret a dream’s meaning, we need to understand not only the dream, but more importantly the dreamer themselves. This is where real life and an online psychologist can really help with interpreting one’s dreams, as they should have an in-depth knowledge of their patients.

The theory that dreams are just reflections of our waking life was proposed by William Domhoff. William Domhoff is a recognised dream expert. He completed a large-scale and in-depth study on dreams and their content. What he found was that our dreams reflect our worries and thoughts that we experience when we are awake. Essentially, anything that has been on our mind during the day or just before we go to sleep, shows up in our dreams. Or at least a weird, twisted version of this thought.

This neurocognitive theory states that our dreams are mostly realistic representations of our waking life that’s always combined with just a dash of imagination. So, whilst the monster in your dreams may not mean anything, the emotion behind the dream does. If a person is experiencing anything negative in their life, their dreams are more likely to be bad dreams (nightmares). It is suggested that perhaps this is to help us unconsciously process the stressful or fearful experience. Vice versa, if a person is in a good positive space in their lives, their dreams will reflect this. This is because the theory concludes that dreams are visualisations of the emotions we are feeling (whether we are aware of those emotions or not).

One thing is for certain. Dreams, whatever they may or may not mean are personal and unique to the person dreaming them. For over 5000 years civilisations have been fascinated by their dreams. As these civilisations and individuals developed so did their understanding of why we dream and what these dreams could possibly mean. Theories have been developed and studies have been conducted all in the futile attempt of trying to understand exactly what is going on inside our heads when we dream. However today, there is still lots of uncertainty about the inner intricacies of the human mind. One thing that’s for sure though; as long as the human race remain fascinated and intrigued by dreams, this field of study will keep growing and developing. And we as online psychologist cannot wait to share this knowledge.

If you would like to know more about this topic or just have a chat with one of our experts, please contact us on info@personalonlinetherapy.com or, alternatively, complete the form below and we’ll get back to you as soon as possible.