You REALLY are What You Eat. What You Can Learn From Online Psychologist Therapy. 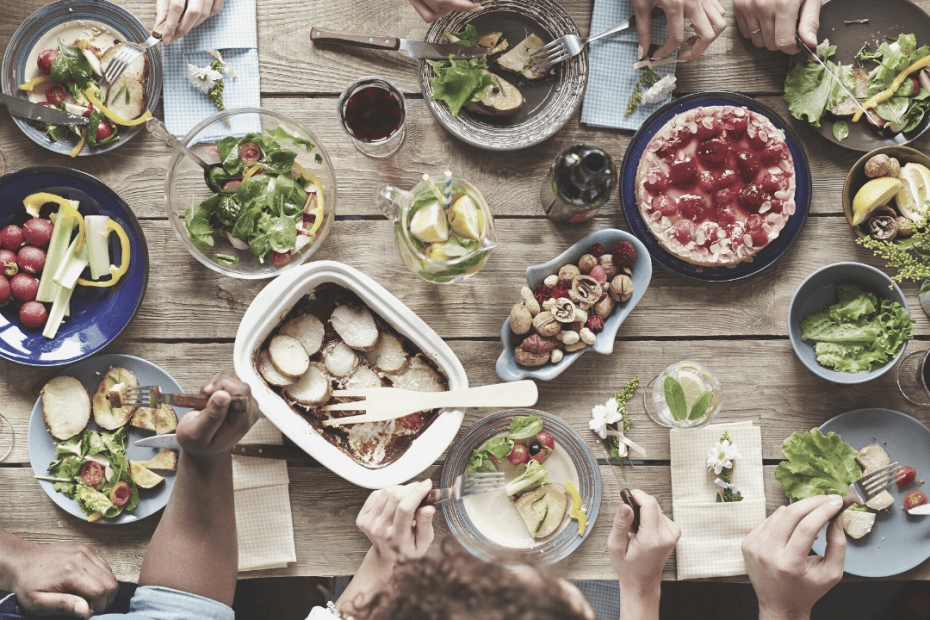 Many think that online psychologist therapy is only there for the times people are really in crisis or are suffering from some mental illness. But this is not the case at all. Experts are there to help with any psychological needs. This could be struggling with adapting after a move. Or waking up feeling a little blue and simply not knowing why. And it is the latter that often have extremely interesting revelations that usually has life-changing effects on an individual. These “down” days can sometimes be linked to the lack of sunshine or physical activity. But the most interesting thing that we’ve discovered is the link between what we eat and how we feel. There are numerous studies that have proven that there is a direct correlation to our mood and brain functionality and that which we ingest.

This is where things get really interesting. And people’s minds get blown in our online psychologist therapy sessions. Someone suffering from depression (which can range from feeling a little off to extreme cases where functionality is impaired), have a lack of Serotonin. Serotonin has many different functions than just regulating someone’s mood. It also helps with sleep as well as regulating someone’s appetite. Because most people usually make the link between Serotonin as a neurotransmitter that regulates moods, many are actually under the impression that Serotonin levels begin and end in the brain. But that is not true at all.

95% of Serotonin is produced inside the gastrointestinal tract. Furthermore, a person’s gastrointestinal tract is lined with millions and millions of neurons and nerve cells that also has an impact on our mood. They also dictate how much Serotonin we produce within our tract. But it was when certain studies where traditional diets such as those followed by individuals in the Mediterranean and Japan were compared to our general Western diets that people realised that the Western diet can increase the risk of depression by 25-35%. That is a shocking statistic. But it’s also one that empowers us. And gives us the opportunity to live lifestyles that will improve our overall mental well-being.

So here’s the low-down on some of the most important dietary facts people need to know in order to keep their moods in check:

The good bacteria in your gut

These little guys is part of the domino effect that happens in your gastrointestinal tract. Without the neurons and nerve cells in the lining working properly, Serotonin production will decrease. But without the good bacteria inside the tract, the functionality of the neurons and nerve cells will decrease which ultimately also impacts Serotonin levels. Good bacteria also dictates how well nutrients get absorbed which in turn activates the neural pathways; essentially keeping the highway between the gut and your brain in pristine driving condition.

Our brains are the equivalent of a luxury Lamborghini. There is absolutely no way that the owner of that car would fill the tank up with Diesel or petrol that a man was selling on the corner in a plastic bucket. It would be absolutely ridiculous and could have dire consequences to the mechanics of that high quality vehicle. Sadly, we’ll often take better care of a luxury vehicle than our own brains.

The things we eat has very much the same function as fuel, keeping the engines going. If we wouldn’t allow the wrong type of fuel or low quality fuel inside our cars, why are we allowing it inside our brains? Processed or refined foods are like low quality fuel to our brains. And what is even scarier is that once these types of food have reached our brains, our brains are physically incapable of getting rid of them properly. Things such as refined sugars for example have been proven to not only cause or worsen mood disorders, but that it also impairs the overall functioning of the brain.

Eating foods that are high in protein such as fish, chicken, beef and beans as well as foods such as tofu and beans for the vegetarians are incredibly good for increasing one’s mood. All of these increases Norepinephrine and Dopamine which are all feel-good hormones.

It’s not always about what you eat, but also what you don’t eat. Many people tend to skip meals. Whether it’s because they’re in a rush, simply got busy with something or they’re purposefully doing this in an attempt to lose weight, it’s a really, really bad idea. Once again we’re back at the fuel analogy. A car simply can’t run if the tank is empty. Skipping a meal will cause low blood sugar that will leave someone feeling incredibly weak and tired. Someone that is feeling weak and tired is not going to be in the best of moods.

Unless someone has allergies or has been told by a health professional to avoid certain foods due to health concerns, individuals should not start cutting entire food groups out of their lives in an attempt to lose weight or based on the latest pseudo-science trend. Not only can this be incredibly dangerous to one’s health, it will inevitably mess with one’s mood. There are good reasons why a healthy lifestyle includes a wide variety of food groups per meal. Certain food groups have higher levels of essential nutrients. And remember what we already said about the role of nutrients when it comes to our neural pathways? Well, extreme dieting essentially ensures that we have a highway full of potholes. Certain specific nutrients such as Vit D, Magnesium and Omega 3 has also been proven to have a big impact on someone’s mood.

The myth about carbs

We’ve all heard it; someone saying that they’ve gone “off” the carbs in an effort to lose weight. Whilst as with all things in life keeping a healthy balance is key, eating carbs is generally not bad for one’s health. The carbs that’s almost detrimental to one’s health is the refined carbohydrates. These are found in things such as pastries (yes, sadly, that includes eclairs and doughnuts), white bread and pies. These causes havoc on a person’s blood sugar levels. Which in turn leaves an individual feeling like they have little to no energy. And they can also become feeling incredibly irritable.

We don’t prescribe to a specific amount per day, but it’s very important that one drinks enough fluid. If nutrients are keeping the brain highway intact, water keeps air in our tyres. There is no system in the human body that doesn’t rely on fluid and hydration for certain processes.

Once we’re armed with this knowledge we can start making better decisions in term of our general well-being and taking preventive measures when it comes to our mental health. But that doesn’t safeguard us against days where we’re simply not feeling our usual sparkly selves. Even for those days, what we eat can combat those cloudy skies. It is important to note though that we are not advocating that someone with serious depression simply needs to eat certain foods in order to feel better. If someone is suffering from severe depression they need to speak to a professional and schedule an online psychologist therapy session as soon as possible. That being said, for those days that someone suffers from the blues a bit, try the following to improve your mood:

It is very tempting to simply opt for supplements when in need of any of the above. But it’s always better to get these in their most natural and fresh form – which is usually as produce. Except for the herbs of course, which can in certain geo-locations be quite tricky to find.

If you would like to have any more information about this topic or feel like you’ve hit a bit of a slump and need to have a chat with an expert, please contact us on info@personalonlinetherapy.com or complete the form below and we’ll get back to you as soon as possible: