Domestic Abuse and How an Online Therapist can Help 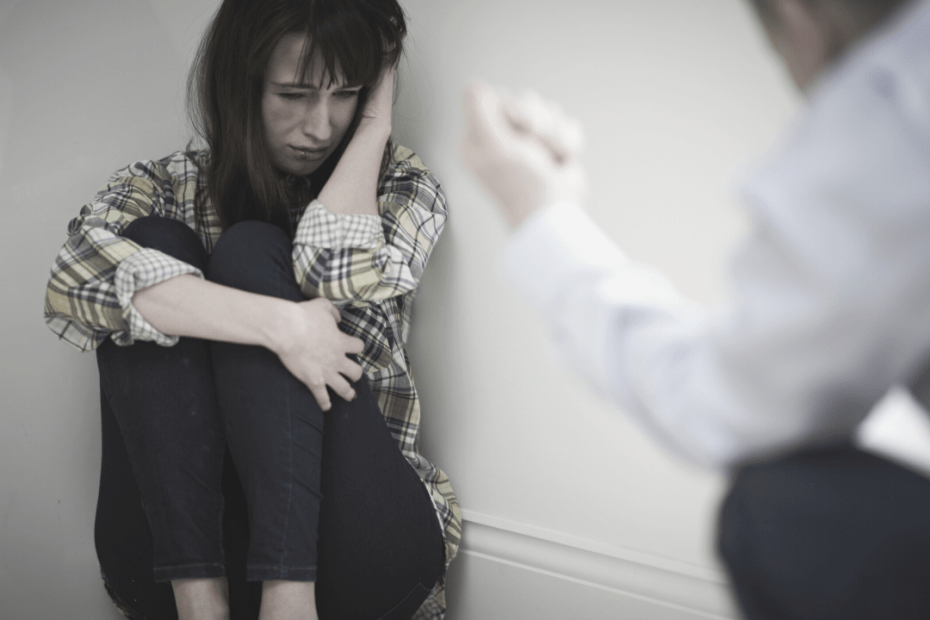 Never has there ever been more of a spotlight on domestic abuse than during the global Covid pandemic. That’s because the number of cases (and fatalities) sky-rocketed with many suddenly finding themselves locked in with their abuser during every hard lockdown. But domestic abuse is much more complicated than what most of us have been told or what most of us might think. This has also become more and more apparent in our online therapist sessions. And since knowledge is power, we would like to empower you today to either avoid or get out of an abusive situation.

What is Domestic Abuse?

This is the first reason why abusive scenarios often go unnoticed. Many define domestic abuse as physical violence and assault. That’s probably also because many refer to domestic abuse as domestic violence. But domestic abuse entails much, much more. Domestic abuse is when a partner’s behaviour is meant to assert power or control. This can be done in a wide variety of ways. That’s why domestic abuse can be emotional, psychological, sexual, economic or physical in nature. In most domestic abuse cases it tends to be a combination of one or more of these elements. Abusive behaviour intends to hurt, injure, frighten, humiliate and intimidate a partner.

Domestic abuse tends to become more severe and occur more often over time. This is yet another reason why domestic abuse is not so easy to identify. It’s the frog in a pot of water on a hot plate; by the time the water starts boiling the frog doesn’t even realise it since it’s grown accustomed to the water steadily growing hotter. It’s only rare domestic abuse cases where the first incident involves a facial punch. It usually starts with insults and a light shove.

Things get really scary when we dive into the global statistics regarding domestic abuse. Most victims of domestic abuse are women although men can also be victims. 1 out of every 4 young women between the age of 15 and 24 will already have been in an abusive relationship. If we take a broader look at women across their lifetime, 1 out of every 3 women will experience abuse at the hands of a partner. That is a staggering 736 million women globally!

How do you know if you or someone you love are being abused?

There are quite a few common threads that weave throughout these dysfunctional relationships:

They say “But it’s just a joke”

Abusive partners like to take cheap shots and then dress it up as socially acceptable behaviour. They will often humiliate or embarrass, tease or make fun of a partner in front of family or friends and then justify it with being just a joke.

They drag you down

Since abuse is about power and control, the last thing an abuser wants is to see you ascend and achieve success. Any accomplishments will be minimised and you will be deterred from attempting them in future.

They take away your independent decision making

They mostly do this by making you question yourself, and then taking over as the decision-maker. This usually starts with smaller things such as “are you really sure that that’s going to work?” and ends up with big things such as “are you sure you can deal with your finances on your own? You know you’ve never been good at maths.”

Since abusers can rarely just assert power or control they opt to use threats in order to make you compliant. This can range from exposing dirty laundry to family and friends, physical harm or even withholding their children from them.

This does not always entail hitting or punching (they almost dance around it). Abusers will shove you, push you, grab you or pinch you.

They keep tabs on you

Abusive individuals will send you a multitude of messages or bombard you with phone calls whether you are out with friends or just watching a movie alone at home. The moment you are not in their presence and they don’t feel like they have control over you and the situation, they get extremely uncomfortable, very quickly. Some might even go as far as to show up at the event, your house or place of work in order to keep tabs on you.

They enjoy the blame game

Did they shout at you? Hit you? Well, they wouldn’t have done it if you weren’t such a stupid ?!#*! This is the kind of reasoning and justification an abuser has.

They tell you that you are nothing without them

This is probably one of the most common denominators across the domestic abuse board and one we hear often during online therapist sessions. This is something they drill into the minds of their victims in order to make them never even attempt to leave.

They tell you to be a bit more adventurous

This usually relates to the bedroom. They almost chastise their partner for not being adventurous enough or open to doing new things in an attempt to get them to perform sexual acts that they are not comfortable doing at all.

They tell you it’s not them

This is another angle to the blame game. They hurl verbal abuse or behaviour at you and then blame it on the whiskey, weed, meds or whatever other substance you can think of. This is just further proof that they don’t take accountability for their abusive actions and divert blame.

This is very much a physical thing. If you have a fight or the situation becomes intense enough for you to want to leave, they will physically stop you from doing so. In our online therapist sessions, we’ve heard all about partners standing in a victim’s way, blocking doorways, locking rooms, taking car keys etc. They will make sure that you are unable to leave.

They’re constantly accusing you of being unfaithful

Why do Abusers Abuse?

There are many reasons why people display abusive behaviour. What we want to make predominantly clear is that there are NO excuses or justifications for abusing others. The only reason why we are diving into this is so that others can understand the psyche of an abuser. Some of these reasons are:

This is quite an interesting reason when one starts investigating the topic a little further. This is one of the (many) reasons there is so much focus on enforcing structure and boundaries when raising children. Individuals like this essentially see those around them as an extension of themselves and they can’t discern personal space. Since others are merely an extension of themselves, it seems to be common sense to them that others should do whatever they want them to do.

There are many ways that someone in an abusive situation can get help. The most important is to speak up and reach out. You are more than welcome to do this in the safety of your online therapist session. Your online therapist will also be able to refer you to organisations and individuals who specialise in things such as taking abuse victims to houses of safety, getting them back into the workforce, fighting legal battles on their behalf etc.

If you are reading this article and suspect that you or someone you know are experiencing abuse, please reach out to an online therapist to see how they can help and give you the counselling you need to get through the trauma and the scars it leaves. You can contact us at info@personalonlinetherapy.com or you can complete the form below and we’ll get back to you as soon as possible.